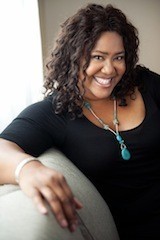 Reel Sisters TV is an original TV movie review concept birthed by the creative sister duo Charlynne and Shaunya Boddie.  It aired from 2002 to 2004 on the LeSEA Broadcasting Network worldwide to some 312 million viewers.

The sisters have interviewed 500+ movie and TV stars and directors.  Charlynne and Shaunya remain active in the entertainment community through the development of all sorts of TV, film and stage projects they create through their ColorBlind Productions development house in Denver, Colorado.  In 2005 the sisters were asked to do the morning show for Denvers KOSI 101FM  radio station to do movie reviews on Friday mornings.